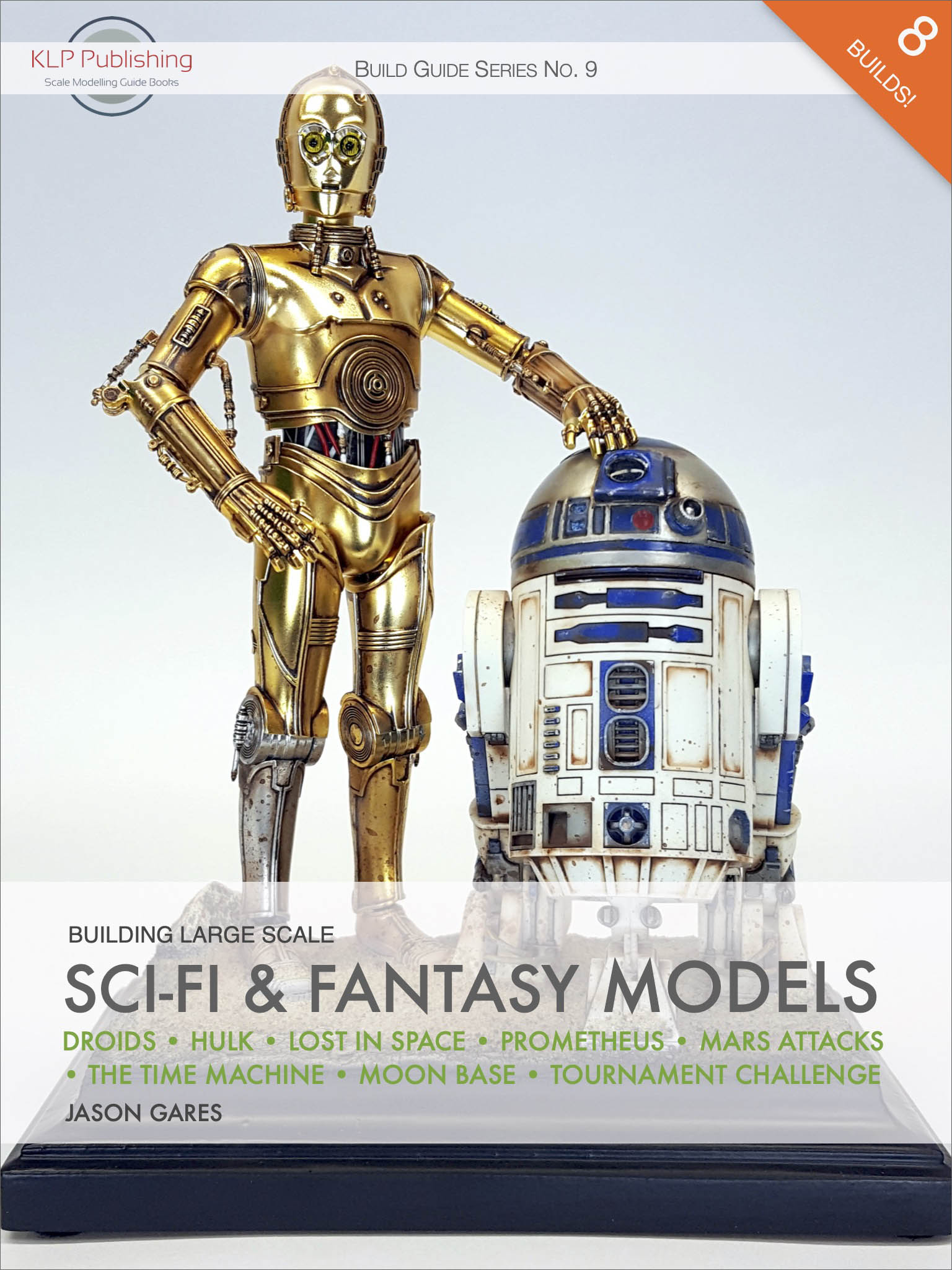 It is with great pleasure that I announce our next eBook title, Building Large Scale Sci-Fi & Fantasy Models. This book is written by Jason Gares, of Video Workbench fame, and will feature no less then eight builds of sci-fi & fantasy figures and models.

This book is the distillation of a series of build articles that Jason wrote for the now-defunct Sci-fi & Fantasy Modeller magazine.

Next up is the Dragon Models Hulk kit:

This is followed by a Lost in Space diorama from the Lunar Models resin kit, entitled “Invaders from the Fifth Dimension”:

Next, we pivot slightly while Jason explains how to create and cast a Moon base:

Moving away from figures yet again, our second-to-last feature showcases the Masterpiece Models Time Machine kit, from the 1960 film:

And finally, we round the book out with a boutique sculpture from Spyda Creations, called Tournament Challenge:

Stay tuned for more news and information as work progresses! We estimate that the book will be ready some time in Q2, 2021.