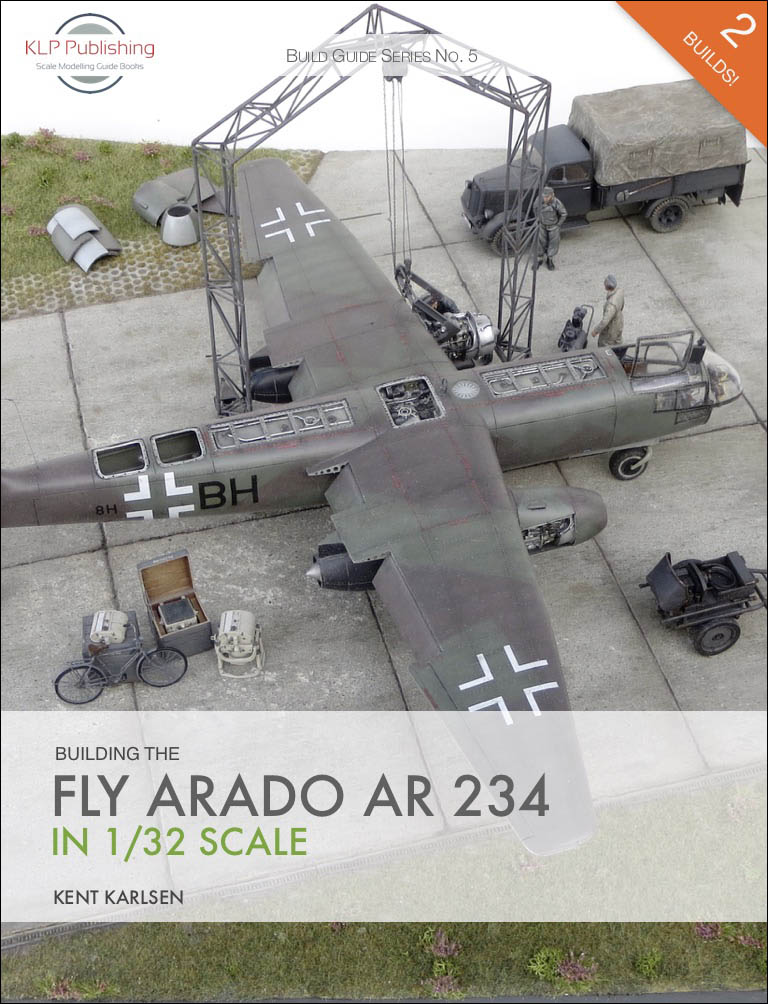 I’m pleased to announced that our latest Build Guide, Building the Fly Arado Ar 234 in 1/32 Scale, is now available!

Written by Kent Karlsen, this 154-page eBook sees Kent build not one, but two examples of the Fly 1/32 scale Ar 234 kit—a superb diorama featuring an Ar 234B-2, and a no-less impressive conversion to the four-engine Ar 234 V-6.

The book costs 15 Australian dollars, and can be purchased and downloaded from our web store:

The feature build sees Kent take kit 32008, add a ton of scratch-built detail, and then construct an amazing airfield maintenance diorama, in a scene that might have occurred at ‘Fliegerhorst Grove’ air base, in post-surrender Denmark.

For his second build, Kent converts kit 32003 into the V6 four-engine prototype, complete with figures and a Sd.Kfz.2 Kettenkrad from Zoukei-Mura.