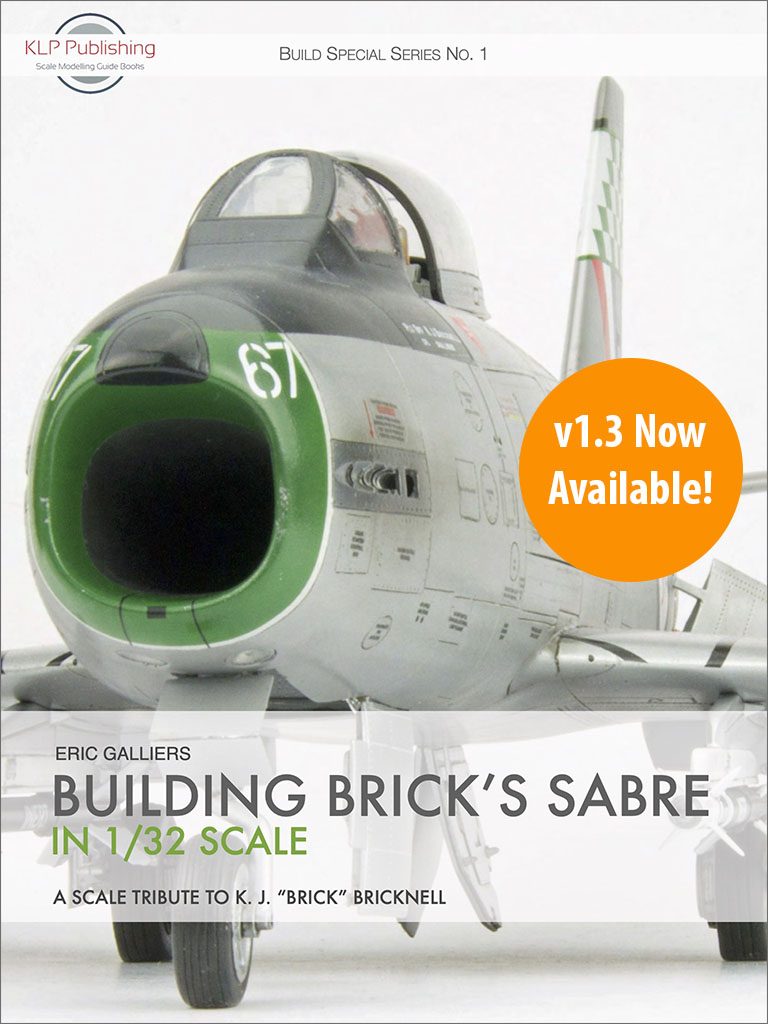 What was I saying earlier about crossing your T’s and dotting your I’s? Turns out, I jumped the gun slightly with the v1.2 update of Building Brick’s Sabre in 1/32 Scale. One of the only two reference books I could find that covered the CAC Sabre turns out to have never actually been published! I got the story directly from the publisher’s mouth to my own ears, but won’t recount it here. Suffice it to say, this has now caused me to update the book yet again, to v1.3!

Written by master modeller Eric Galliers, this 120-page digital book shows you how he built his award-winning 1/32 scale model of K.J. “Brick” Bricknell’s CAC Sabre. Using the Italeri 1/32 scale F-86F kit as a basis, Eric modifies it to the Avon-powered configuration employed by CAC-built RAAF Sabres, to produce an exquisite replica of Brick’s Sabre as he flew it in 1963.

For sake of both transparency and posterity, I’ve left the entry in question in the book, but suitably amended and explained, should anybody else come across its mention in their searches.