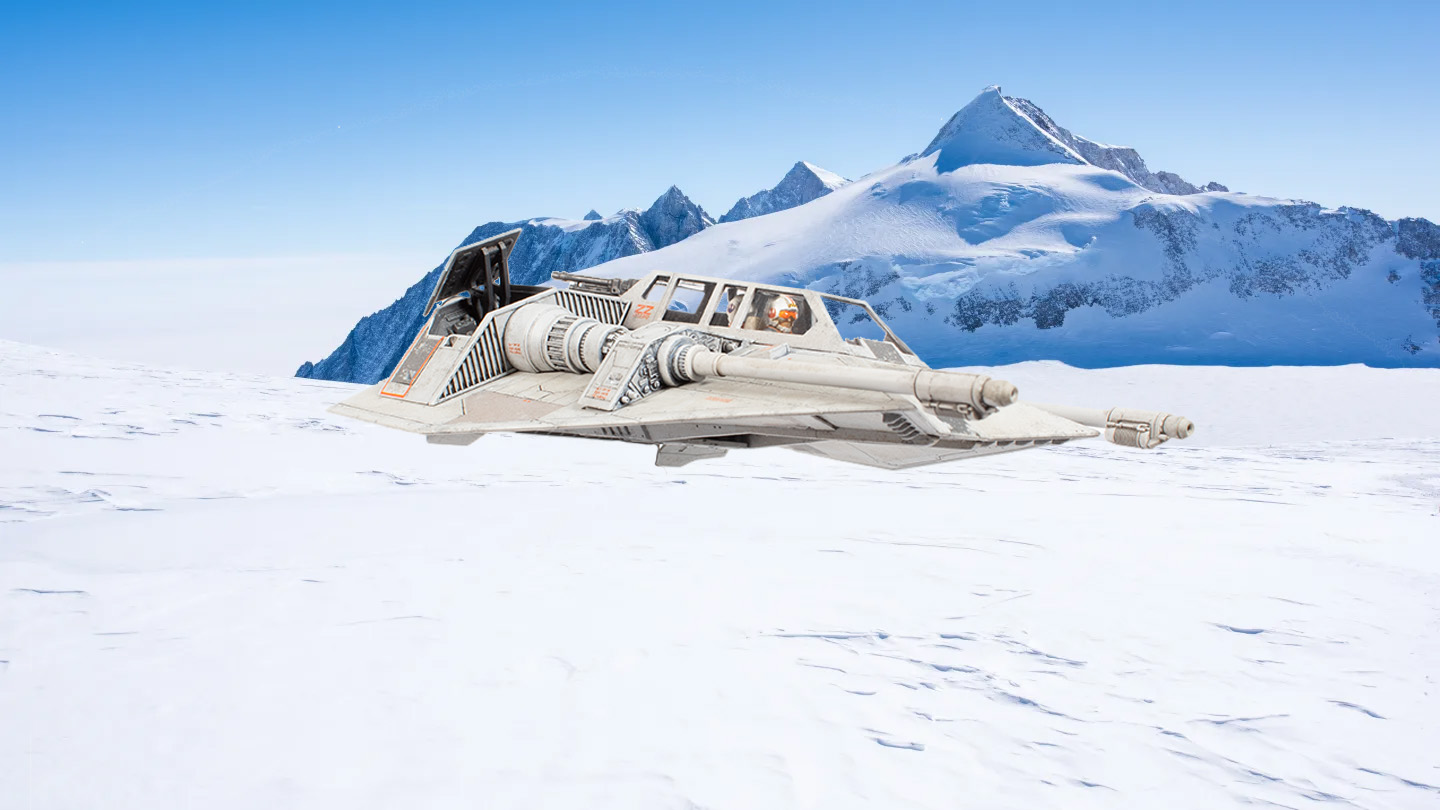 Inspired by some other examples I’d seen online, I decided to have a go at filming a quick 360° video of my recently-completed Bandai Snowspeeder build. Turns out my old Hobby Tools (Trumpeter) motorised display turntable was kaput, which forced me to purchase a replacement. I wanted something bigger and better anyway, but after a frustrating few hours of reading (mostly negative) reviews, I managed to find just one on Amazon that seemed to fit the bill. Once duly purchased and delivered, I decided to, well, take it for a spin.

Not good! Garbage, in fact. I quickly determined that the main issue seemed to be that the base of the turntable didn’t sit flat on the table, but instead had quite a significant wobble. After taking a bastard file to two of the four moulded-in plastic feet, I was able to rectify the problem, but unfortunately it made no difference to the level of jitteriness exhibited by the Snowspeeder. It seems there’s just too much instability in the stand, exacerbated by the angle I set it at. I need to do some follow-up testing with other types of models, but I suspect anything with spindly undercarriage will produce similar results. My guess is most cars, AFVs, and figures would be fine.

So, disappointed but not defeated, I shall retreat to the hobby room for some more tinkering.

This video—a relative failure though it is—also represents a soft launch of the KLP Publishing YouTube channel. Even though there’s not a lot happening just yet, it would be fantastic—and much appreciated—if you could give it a “like and subscribe”, as they say. I’m also happy to take any suggestions for content you’d like to see.

And don’t forget to subscribe to our blog for future news and updates!